Educating children about asthma is vital in controlling the disease, claims respiratory expert

With asthma the most common chronic disease among children and increasing in prevalence, a pediatric respiratory expert from Great Ormond Street Hospital for Children (GOSH) is calling for parents in the UAE to educate their children about the condition.

The burden of asthma is relatively higher in some countries in Africa, the Middle East and Western Europe when compared to the rest of the world. A 2009 survey conducted in Al Ain assessed the impact of asthma on school attendance and found that 62% of asthmatic boys and 72% of asthmatic girls missed at least one day of school due to asthma.  A local study reports that the percentage of asthmatic UAE patients that had emergency room visits within a year was 27.5%, and further, 4% of asthmatic patients were hospitalised.

According to Pediatric Respiratory Consultant Dr. Ranjan Suri, from the London-based hospital GOSH which treats 1,500 patients from the Middle East every year, parents should educate their children about managing the disease to reduce asthmatic symptoms. A key way to do this, according to Dr. Suri, is ensuring all children with asthma have an action plan. An action plan would ideally tell the child when to take their asthma medicines, what to do when their asthma gets worse, what to do in an emergency as well as what their asthma triggers are.

Asthma can develop at any age but is most commonly seen in primary school children. Children have smaller airways than adults, which makes asthma a particularly serious disease for them. “It’s essential for children to know how to ask an adult for help and for the people who care for the child to know asthma basics to make it easier for the child to talk about their triggers and warning signs,” Dr. Suri says.

Asthma, which currently affects 235 million people around the world, is a chronic inflammation of airways in the lungs, causing them to become red, swollen and sensitive. This inflammation makes the airways vulnerable to episodes of difficult breathing, called asthma attacks, when people come in contact with ‘triggers’. Symptoms of asthma include wheezing, coughing, chest tightness and trouble breathing, especially early in the morning or at night.

“Triggers vary from person to person and, depending on the specific triggers, parents may need to make some changes at home and other in environments to reduce the child’s exposure to triggers,” advises Dr. Suri.

Dr. Suri further explains that if asthma is left untreated, asthmatic children may have less stamina than others or avoid physical activities to prevent coughing or wheezing. Therefore, it is important to know when to consult a doctor. “If parents notice any wheezing, coughing, chest tightness or repeated episodes of bronchitis they should get their child checked by a doctor. The doctor will test for asthma by checking for the symptoms through a clinical examination.”

Discussing the prognosis for children with asthma, Dr. Suri adds that asthma has no cure but some children will experience a reduction or complete disappearance of their symptoms as they grow older. “As children grow so do their airways, hence inflammation can go unnoticed. There is no cure for asthma, so it is managed through treatments that aim to improve symptoms and prevent attacks.”

Dr. Suri concludes that with the right care and right treatments, children can have a normal life, avoid missing school, enjoy being active and most importantly breathe easily. 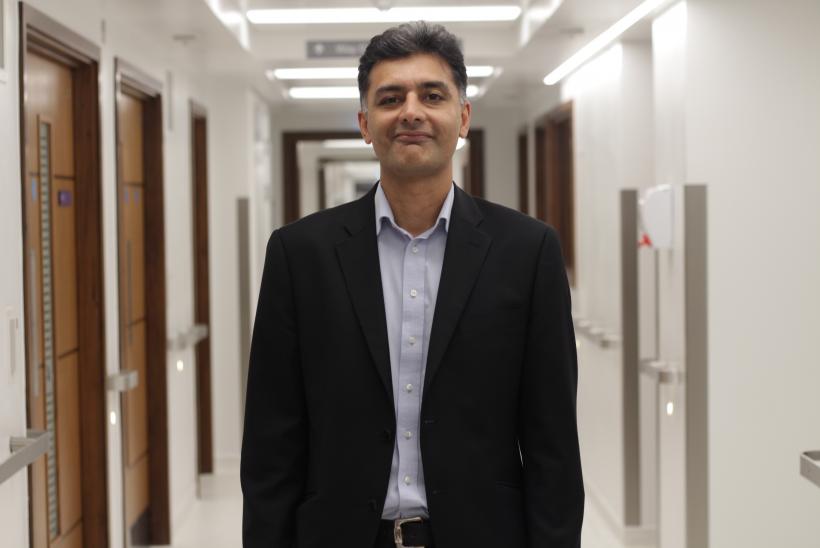 Dr Ranjan Suri is a Paediatric Respiratory Consultant, working in the Respiratory Department since 2005. He specialises in all aspects of paediatric respiratory medicine, including asthma, wheezy infants, chronic cough, respiratory infections and sleep disordered breathing. He provides a high-quality clinical and academic service for respiratory paediatrics at a local, tertiary and international level to all those referred for investigation, care and management.

“My aim is to provide a world-class children’s respiratory service to children and their parents” Dr Ranjan Suri.